A total of 25 billion CCIM have been created, as per the estimation of the New Internet Mediagroup of a market worth of €25 billion by 2020.

From those 25 billion CCIM, 1 billion CCIM are initially made public. The remaining 24 billion are under escrow at Internet Media Copyright Association (IMCA).

The governance of this escrow account (including release of additional CCIM to the market) is managed by CCIM owners via a voting system. More details are available on IMCA’s website.

The 1 billion CCIM made publicly available have two main users: copyright owners and the general public.

700 million CCIM have been ring-fenced for advances made to copyright owners, which they can convert to Fiat on exchanges (by selling to the market) as they see fit.

The remaining 300 million CCIM are made available in four ways:

At the ICO, CCIM will be sold to the general public at the base price of 1 Euro per CCIM, structured as follows:

Note that early supporters, including the core team, pre-sale investors and advisors, have benefited from a gradual discount of CCIM to the Euro. 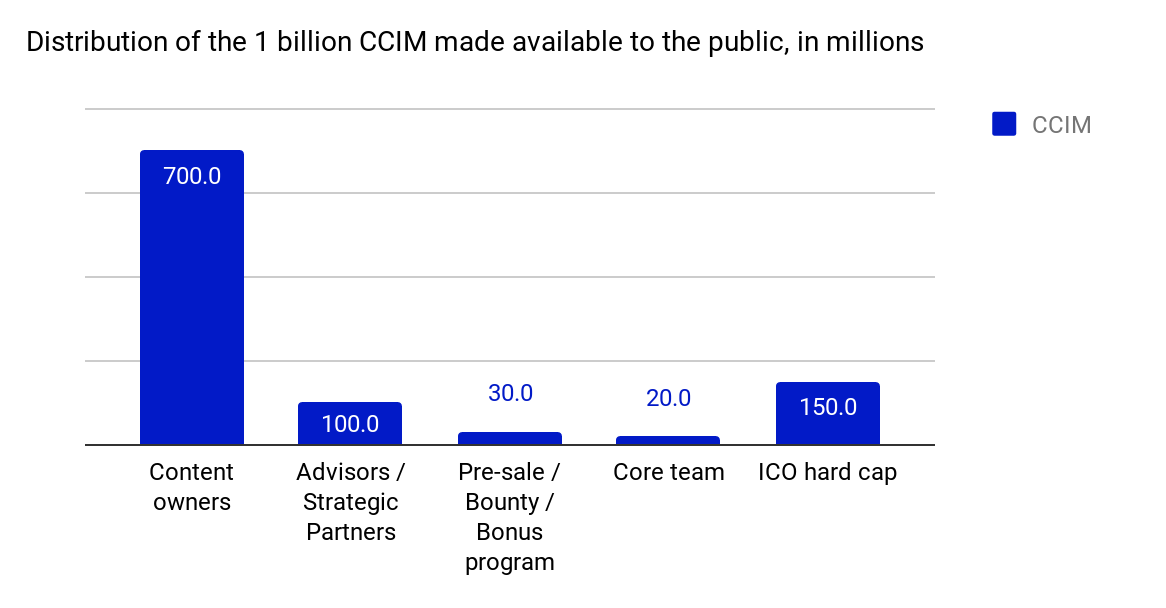